HDHP: A Plan for Care Avoidance?

As an employer looking to reduce healthcare costs while meeting employee needs, you’ve likely either considered a High Deductible Health Plan (HDHP) or are currently offering one. Many employers will go so far as to offer an HDHP as their only plan option. Proponents of this strategy argue that this is the best way to fully embrace healthcare consumerism. However, we often advocate that our clients consider the HDHP as just one option for their employees, especially if your employee group spans a wide income range.

The risk of only offering an HDHP is that statistically, instead of becoming better consumers of healthcare, a percentage of employees will choose not to seek necessary and recommended care in an effort to save money. This can put their health in jeopardy, cause stress, reduce on-the-job performance and create long-term health issues. Also, by its design, an HDHP is a nonstarter for a subset of employees for whom the numbers don’t work.

We deal with this issue regularly and want to share a few real-world examples from a recent client visit. As we walked employees through plan cost savings and tax-shelter advantages, we observed three distinct reactions to the HDHP among employees at different income levels and life stages.

Who is an HDHP Ideal For?

The employee that would likely be most adversely affected if the company’s only healthcare option were an HDHP was a married employee with children. Privately, she told us that while she could appreciate the eventual cost and tax savings, she couldn’t afford to set aside several thousand dollars in a Health Savings Account (HSA). This meant that those advantages were essentially out of reach for her.

However, let’s consider what would happen if the HDHP were her only option, or she willingly chose the HDHP, either because she couldn’t afford her employer’s traditional plan, or she thought she could set aside enough money each month to make the HDHP work.

If the employee and her family require no treatment or prescriptions, then she is saving on premiums from day one. However, anyone with kids knows that they see doctors regularly for illnesses, bumps, bruises and more. What happens now? She’s paying her premium, has not funded her HSA adequately, and will have to pay out of her pocket until she meets her family’s deductible (and even then, she’s still paying for co-pays and prescriptions with post-tax dollars).

The possible outcome is that she and her husband become selective about the kids’ treatment while avoiding care for themselves altogether. In fact, a recent study 1 found that 1/3 of people with an HDHP did at least one of the following in a 12-month period:

If you have employees like this, families that are “stuck in the middle,” we recommend offering a tiered or limited-network plan as an option. In exchange for reduced premiums, they’ll either have choices to make (receiving services from higher or lower cost providers with a tiered network plan) or receive services from a smaller network of providers (limited-network plan). Both of these options require some planning and sacrifice on their part but reduces the incentive to avoid care.

Another individual we talked to that day was a young man, a year or two out of college. Like his co-worker with her family, he couldn’t (and didn’t want to) fund an HSA. However, he really liked the monthly savings of the HDHP. And while care avoidance is a possibility in his case, it’s likely true whether he chooses an HDHP, a limited network plan, or a traditional plan. He doesn’t see doctors regularly, doesn’t think he needs to, and is healthy enough that the odds are in his favor that missed treatment won’t affect his long-term health.

If offering an HDHP to employees like him, advise them that they should, at a minimum, fund their HSA before scheduled procedures – at least they’ll reap some tax benefit.

In a separate session in our client’s office, we spoke with the company’s senior executives. These individuals have the means to fully fund an HSA, and in fact, are able to fully fund it year after year as an investment vehicle. They are very astute about tax-shelters and know that they are unlikely to find this type of tax advantage anywhere else. Moreover, these executives have enough cash flow to handle large, upfront costs even in the beginning of a plan year when they haven’t accumulated enough of a balance to fund the deductible.

Offering employees like this an HDHP makes good sense. They will understand the plan’s advantages and have the means to use it as designed. That said, an HDHP may not be for all of them, even if the math does work. What we heard from some was that the extra effort to track expenses and research treatment options might be more trouble than it’s worth. 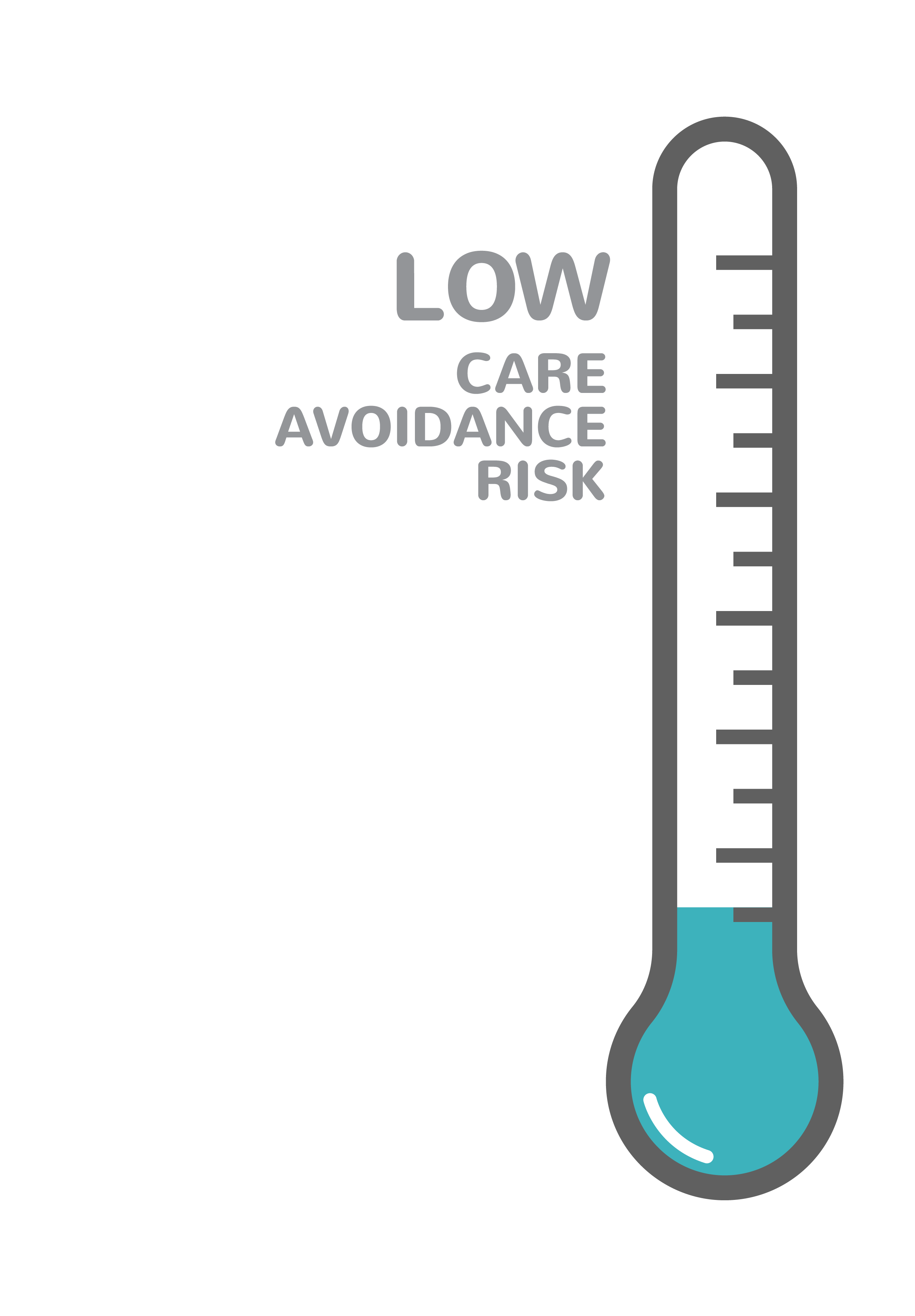 You know your employees better than anyone and know who can benefit from a high-deductible plan. If you’re offering an HDHP, here are two actions we recommend:

Amazon, Berkshire Hathaway and JPMorgan Chase & Co. caused ripples across the industry when they announced a joint venture to cut their own employee healthcare costs (and freely share any innovations they create).

The venture’s leaders seem to be looking critically at HDHPs, considering other ways to reduce costs, such as limited/tiered networks and importing drugs from Canada. In fact, according to Bloomberg, JPMorgan has effectively done away with deductibles for employees who earn less than $60,000.

Through our relationship with NFP/Benefits Partners, you can learn about the group’s decision and the potential impact on the industry in this 15-minute podcast. 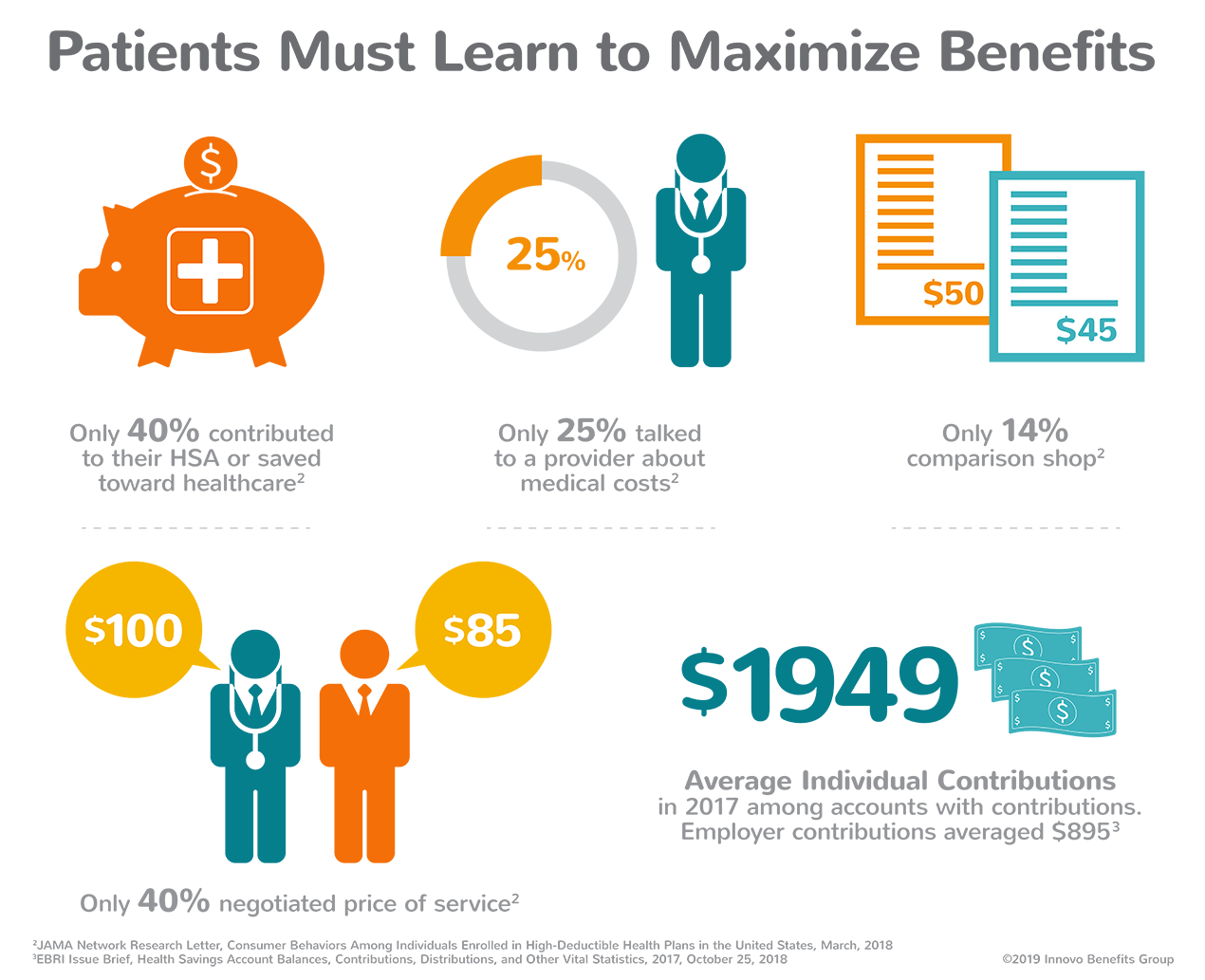 We believe in HDHPs and offer one to employees at Innovo. However, we know the data shows that they don’t work for everyone. If you’ve made the decision to offer an HDHP, you must help employees understand if it is a good fit for them. Explain that an HDHP requires a commitment to actively navigate their healthcare. This is the “self” portion of self-directed healthcare. It means that they must fund an HSA to 1) have the ability to pay for all necessary medical costs and 2) reap tax savings. It also requires that employees engage with providers, seek lower cost options and take advantage of what is provided for little or no cost.

If you are an employer and are worried about the impact on some employees, it’s wise to look more closely at other cost saving plan designs.

What HR Pros Need to Know

Get our eBook, 4 Ways COVID Will Impact Employee Benefits in 2021 and Beyond.